Join the Knights...No fees until after December 2020.

Council 8086 top in the State of Florida

Council 8086 had quite a day at the State Convention. Due to the virus, this year’s convention was held virtually, with an open session that was live streamed.

COUNCIL 8086 was named COUNCIL OF THE YEAR for Division 3 – the largest division, for councils 151-members plus.

That was one of 10 awards we received. In addition, the state played our KNIGHTS SHIELD video put together by a Supreme video crew following Mass.

We also received first place in large councils for:

For State Service Projects (open to all councils), we received first place in:

This is due to all of our hard work! 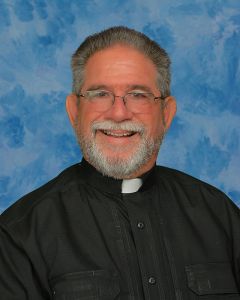 Fr. Matthew Mello was born in New Jersey and moved to Florida in 1974. He was ordained to the Priesthood in December of 1987. He comes from Divine Mercy Catholic Church, Merritt Island, Fl

Check out what we have done